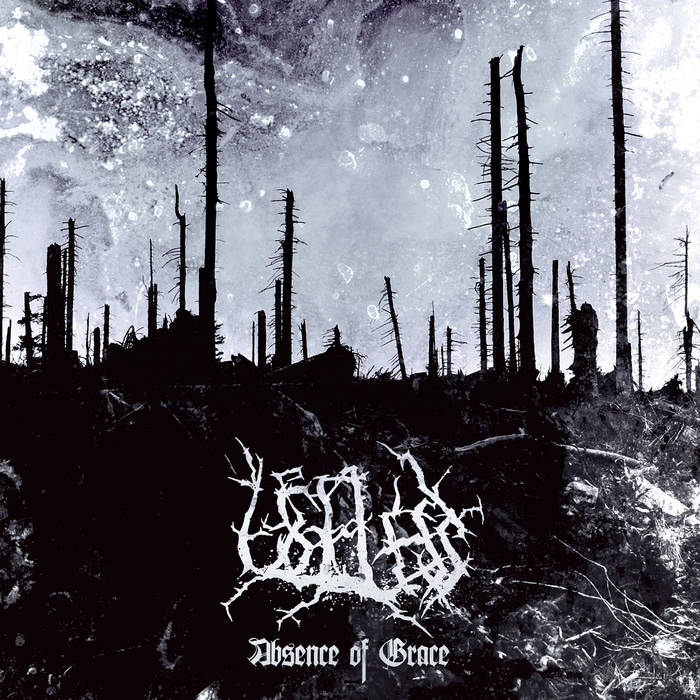 The black metal abomination known as USELESS have unveiled their debut LP. "Absence of Grace" is a disgusting and oppressive slab of sick old-school black metal and bridges the gap between Norwegian black metal and the US black metal scene. It is slow and hypnotic, yet cold and depressive at the same time. The sound is best described as old Burzum meets Xasthur and "Demise" era Nachtmystium.

Towards the gallows, into the ultimate nightmare.

Cover photo by Ihasan with design and colours originated by Mentalporn.

"this is an album designed for the indoctrinated only; newcomers beware! Useless are all about the overall atmosphere and that atmosphere is akin to a slow walk to the gallows; wretched, forlorn and consigned to the inevitable death that awaits."
WORSHIP METAL 8/10

"Absence of Grace is a compelling five-track release utterly absorbed with frostbitten black metal grooves that work their way into your consciousness so effortlessly you suspect someone’s turning a Phillips screwdriver. The black metal narcissism simply oozes from its very pores, a totally vacant feeling creating an uncompromising atmosphere of despair, indeed utter Uselessness."
MIDLANDS ROCKS 8/10

"Useless are magical to me since they so clearly understand the fundamental concepts of what black metal should be and their execution is so tight. "
METAL INJECTION 7/10

into everlasting death without facing life

Bandcamp Daily  your guide to the world of Bandcamp